Equifax, the CFPB, Forced Arbitration, and You

Recently the consumer credit reporting agency Equifax had a huge security breach that affected 143 million people, and you’re probably one of them. Compromised in the hack here social security numbers, driver’s license numbers, names, and addresses. Among other effects, this opened a teeming can of worms regarding financial institutions’ regulations. The incident is a perfect example of why the Consumer Financial Protection Bureau (CFPB) wants to ban forced arbitration. But instead of waiting for the CFPB to protect you, you can learn how to fight forced arbitration yourself. Now, you might be asking, “What is forced arbitration anyway? What does Equifax have to do with the CFPB? And exactly how does the Equifax hack affect me?”

Good questions. We’ve got the answers.

What Is Forced Arbitration?

The use of forced arbitration clauses, hidden in the fine print, has exploded over the past several years. This increase in use is a result of a number of Supreme Court decisions (summarized well by the Washington Monthly) that basically encouraged companies to force arbitration onto consumers. Forced arbitration is a ‘vaccination against legal accountability’ for large companies. By signing a contractual agreement with an arbitration clause, consumers sign away their rights to sue or join class-action lawsuits. 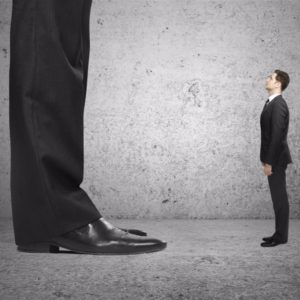 Arbitration is a legal form of alternative dispute resolution where both parties present their claims and an arbitrator decides the outcome without the proceedings of a trial. Arbitration can be mandatory or voluntary. Forced arbitration, however, is often a fine print condition of employment or buying a product or service. As a result, by hastily agreeing to the terms of a service (like credit reporting from Equifax), you could be waving your only legal recourse if something should go wrong.

In most cases, arbitration rules in favor of the company and not the consumer. It takes away any power that the ‘little guy’ may have had and gives the upper hand to already-powerful corporations. Arbitration originally offered a “fair and speedy alternative to courts, especially when tight budgets slashed judiciary funds and shuttered courtrooms.” But if arbitration was fair and beneficial to everyone, consumers would have no problem signing up – and the clauses wouldn’t have to be forced or hidden in the fine print.

Since a Supreme Court ruling in 2011, Democratic lawmakers have introduced and reintroduced the legislation, the Arbitration Fairness Act, that would do away with mandatory arbitration clauses. Finalized in July, the CFPB banned the waiver of class-action rights within arbitration clauses, but that rule doesn’t take effect until next March. The rule would still allow businesses and consumers to use arbitration as a dispute-resolution tool, but the decision to arbitrate would have to be mutual. If there’s a silver lining to the Equifax breach, it at least helps make the case for CFPB regulations on forced regulation.

How Does the Equifax Hack Affect Me?

Well, the security breach affected nearly half of the adult American population, so it is very likely that includes you. Equifax gets its data from credit card companies, banks, retailers, lenders, etc, so if you’ve ever been in contact with one of those (which is basically everyone), you’re at risk.

Equifax first offered a one-year credit monitoring service called TrustedID Premier to report any suspicious activity for those affected. However, there’s a forced arbitration clause in this offer. This arbitration clause, nearly identical to the one in the original Equifax terms of service, pushes all disputes over the monitoring out of court. Equifax has since removed the secondary clause, but will still see plenty of action regarding the breach.

How to Fight Forced Arbitration Clauses 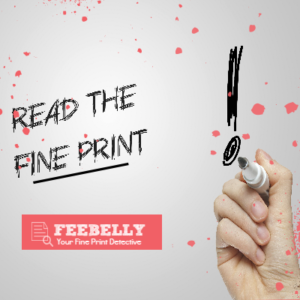 Well, first things first – always read the fine print! Don’t ever just hastily click through to “Yes, I accept the terms,” if you really don’t know the terms. The whole idea of forced arbitration clauses is to take the power from the consumer, stripping the rights of the ‘little guy’, often without us knowing. Huge corporations have perfected this through creating language and fine print that nobody reads. Check out Equifax’s Terms of Use for an example. And if you can’t stand reading the fine print (really, who can?) there’s always FeeBelly to do the tedious work.

“Arbitration” and variations of the word are a common keyword in our free contract review app. In just a few easy steps, this fine print detective can save you from scandals like Equifax’s forced arbitration clause. If a contract includes the words ‘forced arbitration,’ FeeBelly will point it out. For now, however, the only recourse is asking the company or service to waive the clause to keep your business.