Tuition-Free College is Not Totally Free, is it?

First things first: Can anything ever be totally free?!?

We all know that some things are too good to be true, and consumers are right to instinctively question the word “free”. Surely there’s some catch to that awesome vacation giveaway, right? Or that buy-one-get-two-free deal can’t be that good, can it? And tuition-free college is not totally free, is it?

“There’s nothing in life that’s truly free. Somebody’s going to pay for it.” said Betsy Devos at her 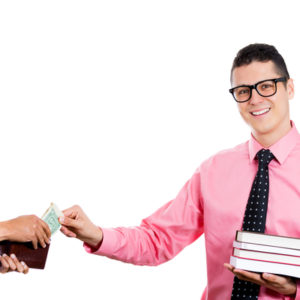 confirmation hearing when asked if she would help work towards making public colleges tuition-free.

And it’s true. Generalized skepticism is our first instinct when we hear “free”, but for good reasons. Ambiguous terms or carefully disguised exceptions allow for so many ‘Gotchas’. Reading the fine print has become increasingly important to avoid hidden fees.  Without a contract review app like FeeBelly or legal support for protection, consumers never really have the upper hand. This is why the Consumer Financial Protection Bureau was created in the first place. (And, just for the sake of the argument, even things that don’t have financial costs still have to be payed for with someone’s time and energy.)

With all that being said, most would argue that tuition-free college is not totally free. The money to maintain and effectively operate a university has to come from somewhere (thanks, taxpayers!). So, last week’s announcement of New York’s free 4 year college begs the question, “What’s the catch?”.

Popularity and support for tuition-free colleges has surged since Senator Bernie Sanders made the idea a central element of his presidential campaign in 2016. According to a survey for the Campaign for Free College Tuition (CFCT), close to two-thirds of Americans support tuition-free college for lower and middle-class citizens. “A more recent survey by the foundation New America puts the figure as high as 70%, but also found that an equal proportion of people think the idea is unaffordable.” And now with the announcement of New York’s Excelsior Scholarship, it is only the beginning for this concept. The program would cover tuition for full-time State University of New York students (1.3 million on 64 campuses).

“The Excelsior Scholarship, as the program is called, is expected to cut the cost of a degree from a four-year State University of New York college — now almost $83,000 for tuition, fees and room and board — by about $26,000 for an eligible family making $100,000 a year.”

While the plan for NY colleges could easily work out for some, there are definitely a few ‘gotchas’ hidden in the fine print. The biggest criticism is that the plan could be better targeted. Recipients must first apply for any eligible grants. This means that lower-income students who receive grants or financial aid can’t benefit from the program. (And Trump’s budget cuts are making those grants even harder to receive!)

If students qualify, they must attend full time and finish on time. This can be quite difficult for anyone who has to work to make up the remaining costs. The remaining costs, by the way, which still add up to around $57,000 for four years. And then, after graduation, students must remain in the state of NY for as long as they attended school (2 or 4 years). Supporters of the 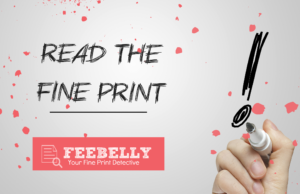 plan assure that this is to help the state’s taxpayers get a return on their ‘investments’. And guess what… if any of these terms are breached, the ‘scholarship’ becomes a loan!

Even with these caveats, it seems that there’s a lot of momentum behind the tuition-free movement in the US. In the last decade 85 locations around the country have created place-based scholarships for free tuition or debt-free plans. While it’s great to explore these ‘free’ options, be warned, there are caveats hiding in the fine print! For those who will actually be able to use New York’s new plan, remember, tuition-free college is not totally free. We hope you know your repayment options, and do the due diligence or let FeeBelly help out!